Meaningful Parenting - Comparing your child to everyone. Compare if you must but don't judge. Part 1 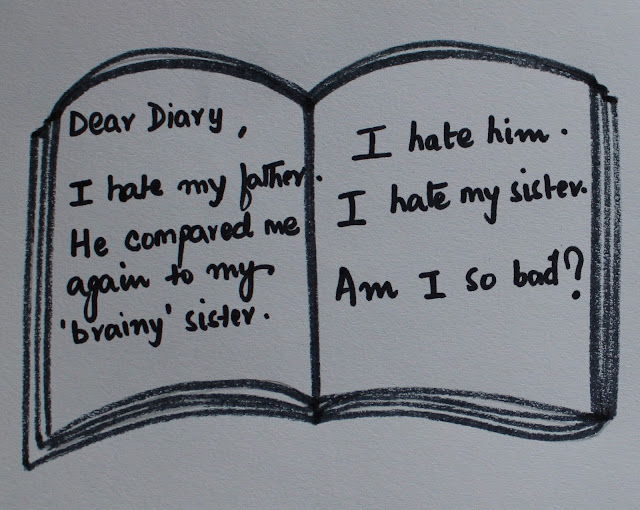 So, you did it again? You compared your child to his friends, his sibling and the icing on the cake- you compared him with your own self at that age as if you were the best gift to mankind then. Really? Were you?
Our parents did to us, their parents did to them and now we the educated generation a-z (whichever alphabetical generation we belong to- never got that logic though) the pseudo ‘KOOL’ parent do it too. This time it’s well wrapped, sugar coated and sophisticatedly used. The dialogue has changed from-


“Dekho Pandey ji ke beta ko. Kuch samajh mein aata hai? Dekho kahan se kahan pahunch gaya aur ek tum ho ki bas khel khel. Zara seekho kuch. Sab kuch to kar rahe hain tumhare liye, phir bhi …” Said in the most raw form…so thorny that it actually pricked the heart.
(Look at Mr. Pandey's son. Do you understand? See his accomplishments and look at where you are? We are doing everything for you but you are such a wastrel.)


(Look at Mr. Pandey’s son. Do you really understand? See his accomplishments and learn from him. We are doing so much for you but you don’t get it.”)


And now- “I see you are putting a lot of effort in learning that dance form. I am glad you like it but academics are also important. Have you seen how your sister balances her music and studies? It’s good to learn from others.”


Yes. It’s good to learn from others but there isn’t much learning that happens when that ‘other’ is exalted to a status much higher than yours, given praise and attention and you are made to feel like a loser in front of him. No truly, I mean it. 'Loser' is the word.  And the loser is the problem.


You cannot learn when that other is your very own sibling but given a reward for scoring good marks and you are left out with a reprimand.
And for sure if that other happens to be your own very father, you start to question your own biological connection. 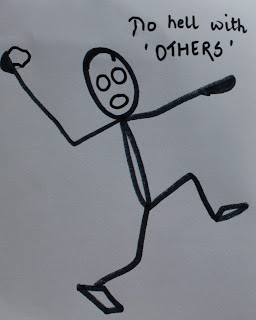 Why do we compare?
Because we have an inner need to determine our own social and personal worth based on how do we measure up and stack against ‘others’.


Leon Festinger mentioned his hypotheses in his book entitled Social Comparison that “there exist, in the human organism, a drive to evaluate his opinions and abilities.” People get a sense of validity and cognitive clarity by comparing themselves in significant domains against an objective benchmark provided by the individuals they are comparing themselves with. And this validity makes them get the answer to ‘where am I in life’ because without these they pretty much feel lost. :)

And we engage in constant self-evaluation across a variety of domains such as intelligence, success, attractiveness and CHILDREN.


This piece is not about comparisons in general but the comparison in the domain of child-parent relationship. It's unhealthy and it’s never going to get the better of anyone.


Think about for a moment- Did you spend your childhood being forever compared? I did. Because I was always the better one as against my younger sibling and that never made me feel good. Ironical, isn’t it? But why would an older sibling feel good when her younger sibling whom she loves so much is being compared to her and her accomplishments and made to feel ‘lesser’ or ‘poorer’?


Love doesn’t work that way. And sometimes it does too. The older or the better off sibling lives with a grand perception of self and becomes inconsiderate when dealing with the ‘lesser’ sibling.


That’s not the parent job to create such grandeur around one sibling and stack up against the other as ‘don’t know how he become like this’.


How do we compare?


In a manner that always put the ‘self’ is an uncomfortable zone.


Parents tend to engage in upward comparisons almost all the time. “Look at him.” 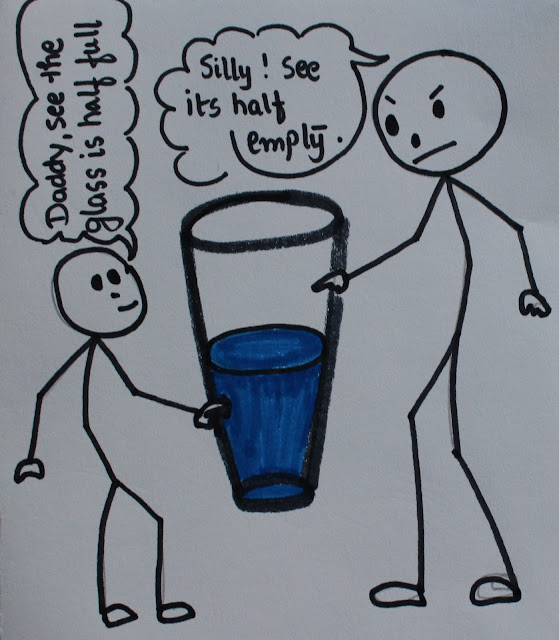 What does it lead to?


Children do not have the social skills or emotional maturity to truly assess what’s going on. Parents need to understand what they are achieving out of comparisons?


These are real life scenarios and comparison of a child to his friend, sibling or to the parent figure doesn’t make it easy for the child.


Because parents not only compare, they form opinions, look for examples to reaffirm their opinion and then pass a judgment. IT IS THIS JUDGEMENT WHICH IS DAMAGING.


You not only hit the child’s self-esteem but also his drive to do better.You bring them up in an atmosphere of ‘comparisons’ and all their life they engage in unhealthy comparisons and subject themselves to the feeling of inferiority and guilt. 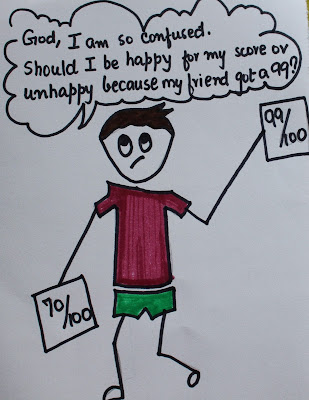 Can you do away with comparisons? No.
Learning to manage ‘comparisons’ effectively with children.


COMPARE IF YOU MUST BUT DON’T JUDGE.
Sibling to sibling- You have two children and  both bring their uniqueness to your world. Try to engage in their uniqueness and revel in it. One might bring you ‘academic joy’ and the other brings you ‘musical joy’. Both of them, would at times put you through not so joyful or thrilling experiences .Refrain from becoming the reason for sibling rivalry.


When comparing your child to your friend’s child- This can get really tricky because we have no idea about what’s going on in someone else’s family. You may like a certain aspect of that child but please remember that many a time children tend to behave better and more desirable with people other than their own parents. When it comes to academic success, what if the child came to you and said- "his dad is from the MIT. He has the genes of a ‘genius’." How would that make you feel?

Be Mindful- Many a times comparisons happen unconsciously. Make a conscious choice to refrain from comparisons or when you do, you do it without passing judgments. Your idea is to motivate and inspire the child and not leave him feeling ‘lowly’ and envious.
Adopting a more realistic view of your child and ‘others’- Just because he is your child doesn’t mean he must always be ‘perfect’; in every field and match up to your expectations. That’s a criminal expectation to start   with. Having academic success is important but if your child has his interest somewhere else, you can keep comparing him to the IIT’s and MIT’s of the world, it will not make any difference. You are the KOOL parent. If you don’t respect him and understand him, who will? And the moment you find yourself agonizing over someone else’s child high grades and trophies, try to consciously think about him, his struggles and happiness. This is your child and his struggles and happiness are different.


Cultivate gratitude for the child you have in your life- This sounds beautiful and easier said than done. All the more when a friend’s child has competed GATE(Gifted and Talented Education Program) and your child is nowhere near that gate. But But But…. make a conscious choice to respect your unique child and be thankful. There are many parents who don’t have what you have.
Redirect your thoughts- When you find yourself engaging in harmful comparisons, redirect your thoughts to positive traits of your child and all that he means to you. Compliment your child for those qualities and help him build his self-esteem. 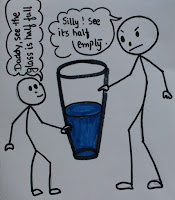 Focus on strengths of your child instead of weaknesses. Your child is half full. Why to always look at him half empty? How would it make you feel if your manager treated you like that?


Compare for sure- Of course you should compare. Do it every day when you cuddle with him at night. Ask him- How did you school go today? Did you learn anything new? How was your day a better one than yesterday? How is your math’s coaching going on? We need to get better than last time. 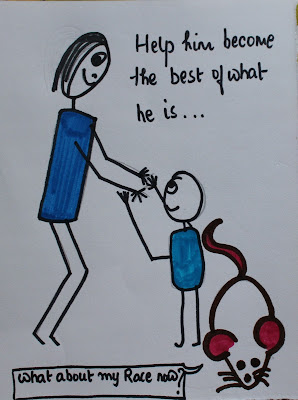 “The trouble with being in the rat race is that even if you win, you're still a rat.”  Lily Tomlin
Sir/Mam- You are a parent. Your channel of communication should be of a kind that your child thinks of ‘YOU’ first before anyone else. Only you can give him that ease, that comfort, and that love.