So, there is a new concept doing rounds- "WE ALL WIN".

I read on Whatsapp that schools are doing away with competitive races, birthday parties have done away with games which require a winner or loser and passing the parcel has become a game of - 'all win'  and 'all get gifts.' Why?

When did this wave come, from where and why?

While I do not have the answer to the 'when' and the 'where', I do have an understanding of the 'why'.
To ensure that children don't get caught up in the winning losing equation and hence get hurt, emotionally scraped etc. Guess, parenting comes with this ferocious emotion of protection and security. Some parents surrender to the emotion without much thought, some stand still... with lots of thoughts. They both are doing their best- being parents. We have had all kinds of parents in every generation. The current lot is sweating bullets at the workplace, wobbling between lack of attention and time, spending half of the life on the road, stuck in traffic and the other half being a slave to a tiny device in hand. This lot lives on a razor edge, literally. They have disposable income but not enough to truly make them happy. They try to escape every weekend to a neighbouring lush green patch and some clean air only to come back to work with a lurking fear of what if? IT IS A MIRACLE TO LIVE EACH DAY FOR THEM. Why do we then try to shield our children from this reality? It will hit them sooner or later, isn't it?
But why do you need to shield? Let them lose.

What's the big deal about losing?
In real life - NOT EVERYONE WINS. Some come 1st in their class, some get 60%, some get through IIT and some slog through years to get into XYZ college. Some land up with 7 figure salary and some start with 4 figure. Different kids, different aspirations, different level of focus and hard work and different life circumstances. There is only one similarity- they have to all live their real life and in real life, one wins other losses. So, what about their hurt?

The answer is a question in itself. What's wrong in getting hurt? It's only when you raise children labeling hurt as a 'HURT' that it HURTS.

Yes! It does. Let it hurt a bit. Let the child know that he lost that game and it isn't a good feeling and then comes the icing- "You can try next time, I saw you put in lots of efforts, things happen, it's not the end, it doesn't make you a bad or an incapable person, you can do it again, I know it hurts and its okay to feel bad and disappointed but we are all there with you  and you shall try again. Remember, this is life and not everybody wins. In this space and moment between winning and losing lies 'YOU' and your strength and character. We will deal with it and grow."

Unless the world is ready to become a socially just, economically equal, politically fair and truthful and environmentally clean one, I shall continue telling my son- ''You have lost, it's not a great feeling, I understand but it's okay. Your stamina was great though while running. I witnessed that. Let's try again." 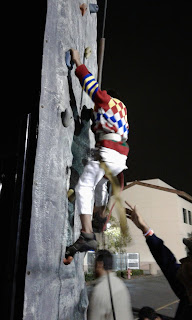 To coach him how to face and deal with failure, to demonstrate persistence and to train him to bounce back is on my agenda. Oh boy, I must say this is one skill which will be used extensively in life. As of now for that one game of Snake and Ladder when this 4-year-old boy of mine wails the moment a snake bites him and he throws the game in exasperation, I let him win just to restore some peace at home. It's okay. I don't have to start an expedition to make him a robust, iron man who remains undeterred in the face of a storm. :)

But I do not let it be my preferred parenting style.

Difficult it is for him to understand the merit in adversity, I choose age appropriate words for him to explain. The world inside home( a lot of hurt and pain happens within the walls of home, isn't it?) and outside is unfair at times, it is  not our desirable haven much as we want it to be, it's cruel and bitter , it agonizes and pains but there is still hope, beauty and life throbbing.  We learn to deal with life anyway. 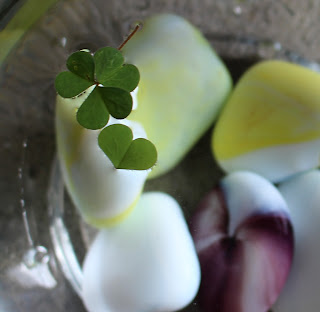