Stay at Home or Working mom- Who wins? 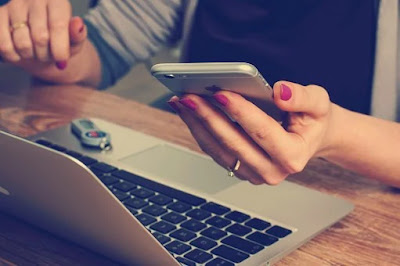 THE BATTLE BETWEEN STAY-AT-HOME MUMS AND WORKING MUMS... WHO HAS THE EDGE?

A woman posted a momentary self-doubt today on Facebook-I wonder why people don't respect SAHM? What ensued was a raging debate and fierce battle only to leave some with hurt feelings, scratched self-respect, and bruised ego. Working mums defended their stand, and Stay at home mums tried to save theirs. Did they forget that they are one and the same?

I was a part of it, and I watched what transpired amongst 250 women when their status quo was challenged.

This, I guess, is the new debate considering many women have primarily been SAHM(Stay-at-Home-Mums). However, it’s now for the past two decades that the ‘working mums’ are also constituting a big part of the woman population, and hence comes the divide, each mum being territorial in holding her front ensuring 'NOBODY CROSSES THE FENCE.'
But fences did get crossed and what was said is not as important as what was not said.

Respond vs. React- When people react, they become defensive. They feel uncomfortable with whatever is being said or done and react emotionally. We don’t really think through, and our defenses are alert. They feel the need to ‘give back and put the disequilibrium within them to rest. To respond is to let your intellect do the talking. One thinks through, weighs, doesn’t take it personally, and responds in an emotionally neutral way rather than from an emotion of ‘giving back’ as if one has been attacked.
FOOD FOR THOUGHT----Did we react or respond? Did the mums felt personally attacked, and that triggered the reactions so strong and value-laden?

It's different when people are face to face- Yes! It is. The virtual world has also ensured that we can ‘rant or chant’ as much as we can without bearing the responsibility of our words, but would we have done the same had we been face to face?

Don't cross my fence- We are fine until the other person is outside our fence and we are safe inside. But fences do get crossed, and that’s when people stand up to safeguard, defend and hold on to their frontiers with all that they have. So again, nothing wrong, but is it possible to hold onto your fence without hitting at the other?

Compare if you must, but don't judge- And that is difficult. The rise of individualism and democracy coupled with revitalized freedom of speech and expression has ensured that everyone has their ‘point of view.’ Fair.
What is unfair?
To judge and proclaim that my point of view is better than yours. It’s human to draw comparisons but insensitive to judge based on crumbs of information that we have. It’s unfair because we do not know the other person’s journey.  Did we get too judgmental?

Courage and Ambition come in different forms- So it was all about whose choice is more courageous and dazzles with ‘ambition’- to stay or step out. We forgot that courage and ambition come in different forms and are exhibited in various ways under different circumstances. A SAHM shows remarkable courage to give it all to take care of the family, much the same way that a working mum shows exceptional courage in stepping out leaving behind children.
Did we go wrong in defining courage and ambition? Was it right to glorify one’s choice as more courageous and ambitious and the other one not. Isn’t it unfair?

Empathy is difficult to come by, and empathetic concern even more.
Psychologists define empathy as "the experience of understanding another person's condition from their perspective. You place yourself in their shoes and feel what they are feeling.”
Empathetic concern includes empathizing and entails having a positive regard or non-fleeting trouble for the other person. When situations are favorable and safely nestled in our comfort zone, we go through feelings of empathy. Still, when our comfort zone is shaken and challenged, where does our ‘empathy’ vanish?
As comments started pouring in, we saw empathy disappearing. Is it so difficult to empathize with the ‘other’ without drawing the ‘self’ into it? Can we not just ‘empathize’ without getting personally challenged?

Everybody wants an easy life, but nobody wants to be perceived as having one -This was the most fascinating part of the discussion that raged for two days and got so many involved emotionally. One statement invited fury, and that was ‘you have an easy life because you can do blah blah blah which I don’t get to. This statement was hurled at both mums-working and SAHM, and it hurt deep.
But don’t we all want an easy life? What’s so grossly wrong with having an easy life? We all toil in our separate ways just to have an ‘easy life. Isn't it? Then why couldn't we stand up and say ‘Yes, I have a relatively easy life than yours’ and THANK GOD for it? What’s so glamorous about having an awfully stressful and challenging life, and why was everyone running for the title of ‘stressful queen’? Is it because we relate to stress and challenges to courage and ambition and being productive, and the one who has easy is devoid of these superb qualities?
But the fact is that courage, ambition, being productive don’t go down the drain if you have an easy life. Quite possible, you have an easy life because of these traits.

We all want to reach the same destination…The paths we have chosen are different—just that. One very positive takeaway here was our love and devotion for our family. Every comment had this silver lining which is praiseworthy. We forgot that we have chosen different paths to reach the same destination, and each path is ‘just a path’...neither a good path nor a not-so-good path. It's just a path…one’s own path. 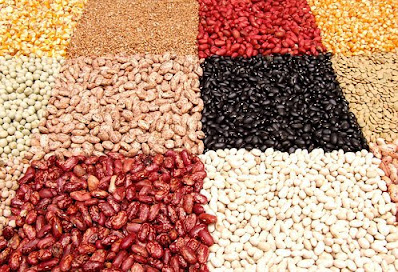